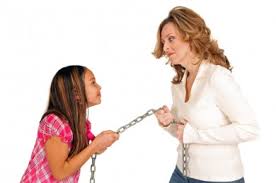 When my daughter was 3 years old, her personality and individuality really started to shine. This is a nice way of saying she didn’t always do what I wanted her to do and we were power struggling with each other. Said most accurately, however, I admit that I was one who was power struggling, she was just being 3 years old.

One day, during one of our power struggles, I had a moment I will never forget. I was trying to make my daughter do something (I can’t even remember what) and suddenly I heard my father’s tone and words coming out of my mouth. I stopped cold. What a flashback! I couldn’t believe what just happened. I knew I was not parenting effectively in this moment and I knew that over time, power struggling was not going to be a long-term, effective relationship strategy. I needed to do something different.

This “aha” moment was the catalyst that sent me on the hunt for new interpersonal skills. It helped me find the book that changed my life. While browsing the library shelves shortly after my epiphany, I stumbled across Parent Effectiveness Training, by Dr. Thomas Gordon. The title resonated with me because I knew I wanted to be a more effective parent. Little did I realize this book, combined with conscious, consistent application of its tools and skills would transform my parenting, my marriage, my coaching and the lives of my clients!

Parent Effectiveness Training (P.E.T.) and its business counter-part Leader Effectiveness Training (L.E.T.) discuss how many of us use power to get what we want in our family and work relationships. We use power because that’s what we learned at home, growing up (ever heard the expression “my way or the highway”?)  These books show how using power is ineffective and how it damages our personal and professional relationships. And then the books teach us what to do differently. These books brilliantly coach the skills needed to create happy, healthy, effective relationships at home and at the office!

I liked P.E.T so much, that 1 week after reading it I enrolled in a certification program so I could teach it. Since then, I taught hundreds of parents, business owners and leaders how to use these essential relationship skills.

Repeatedly in my business coaching sessions, my clients share challenges they experience with business partners, team members, clients and family members. Everyone wants to improve their relationships they just don’t know how. I regularly advise my clients to read P.E.T or any one of the spin-off books; Leader Effectiveness Training (L.E.T.), Sales Effectiveness Training (S.E.T.) or Be Your Best. The results are amazing! Their lives and businesses are more successful and satisfying when they learn and apply new relationship skills.

My daughter is now 21 years old. She has a playful personality and she is a strong, independent thinker. We respect each other, listen to each other and communicate openly. I feel blessed to have such a great relationship with my daughter and I’m thankful that I woke up and put the effort into learning and practicing how to be effective.

How could your life and business be different if you did the same?

Louise is the owner of a retail clothing store. She has 1 store manager and several girls working in the store. Today’s leadership coaching session started off with Louise complaining about her manager’s poor performance. Louise was thinking she needed to “fix” her manager or let her go due to poor performance.

Louise’s goal is to have her manager, Sue, be independently operating the retail store. Louise thought Sue would take the reins as long as she felt supported and reassured by Louise. Louise’s frustration was that no matter how much reassurance she gave Sue, Sue kept asking questions and needing help, despite being on the job several months. The ongoing help Sue requested was not getting Louise the time freedom she was looking for and Louise was extremely frustrated.

Once I probed into the details, Louise and I discovered that Louise was actually sabotaging Sue’s success.

We discovered that when Sue comes to Louise with questions, Louise tells Sue what to do because Louise is not fully confident in Sue. We realized that Louise’s practice of giving Sue the answers was keeping Sue dependent on Louise and was undermining Louise’s goal of having Sue be confident and independent.

We framed the situation as follows:

Telling someone we believe in them puts a small deposit into the confidence “bank account”. But when we turn around and give that same person the answers to their questions, or tell them “just do it this way” (because it seems faster and easier to do so) we send a message to that person that we don’t really believe they are capable. This message withdraws “confidence capital” from the account for both parties. Over time, this behaviour of giving people answers actually sabotages their personal growth and success and keeps them dependent for the answers.

Asking questions that help the other person find their own answers, then letting that person put her solution in place to test the result, puts a much larger deposit into the confidence bank account for both parties and is an investment that pays higher returns over time.

Are you sabotaging or supporting your staff? 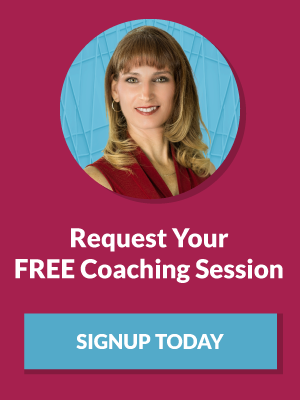